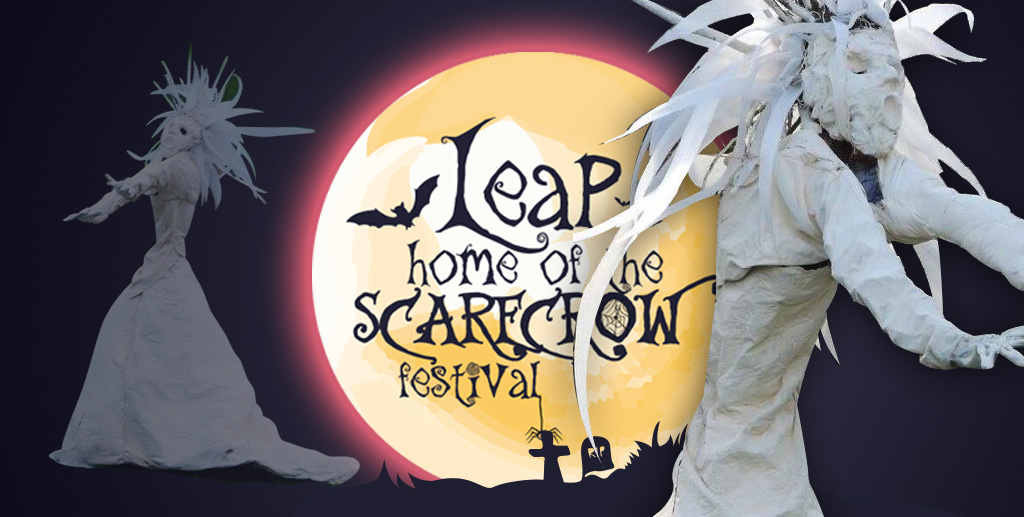 and her amazing scary creations

How did you come up with the idea of the White Witch?

The idea came to me in the middle of a chilly night at the start of autumn. A screaming woman dressed all in white burst into my minds eye, I pictured her caught in mid-flight, running to escape from Leap.

What materials brought your vision to life?

Once I had an idea, the form took shape. I placed a post into the ground, higher than the height of the witch I had in mind.

Chicken wire formed a frame which I bent into the shape. Wire stuffed gloves created the hands and an old duvet painted with PVC padded her out.

As the PVC dried it went hard and froze the posture. Once the fabric has set, I gave her a coat of paint, added insulation to create her hair, and a massive spiky briar root was the basis for her head onto which I could attach all the other parts to it.

Finally, I moulded some clay on her face to make the witchy features.

After the festival was over, I placed her in my shed and forgot all about her. A few months later I visited her and I got an awful shock as she was ghastly looking!