Leap, home of the scarecrow festival

The Scarecrow Festival started as the brainchild of local resident Rita Ryan, in 2015. She brought the idea to a few interested people and it quickly grew legs, “Initially, we just thought it might be nice to have a festival of fun for Halloween, in our quiet little village of Leap, and hoped that maybe a few people from the surrounding areas might find it amusing and come and join us.”

From this humble beginning, the idea took flight and the whole community rallied around with their witty, artistic, hilarious and terrifying scarecrow creations. Suddenly our village was swarming with crowds, coming from all over Munster and the rest of the country. We were featured in national newspapers, radio stations and also featured on our national TV station RTE. It was clear the festival had the potential to be an annual event and now, coming into our fourth year, it continues to surpass all our expectations. The amount of scarecrows are increasing year by year.

It couldn’t have been possible without all the local support and community spirit and this year we’re excited to once again open our quaint little village to those who wish to visit Leap – the home of the Leap Scarecrow Festival. 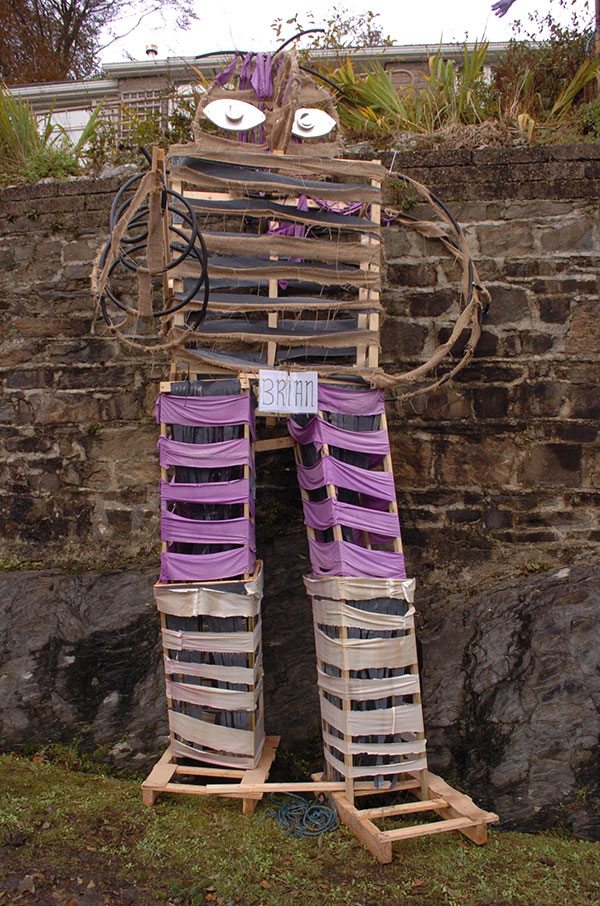 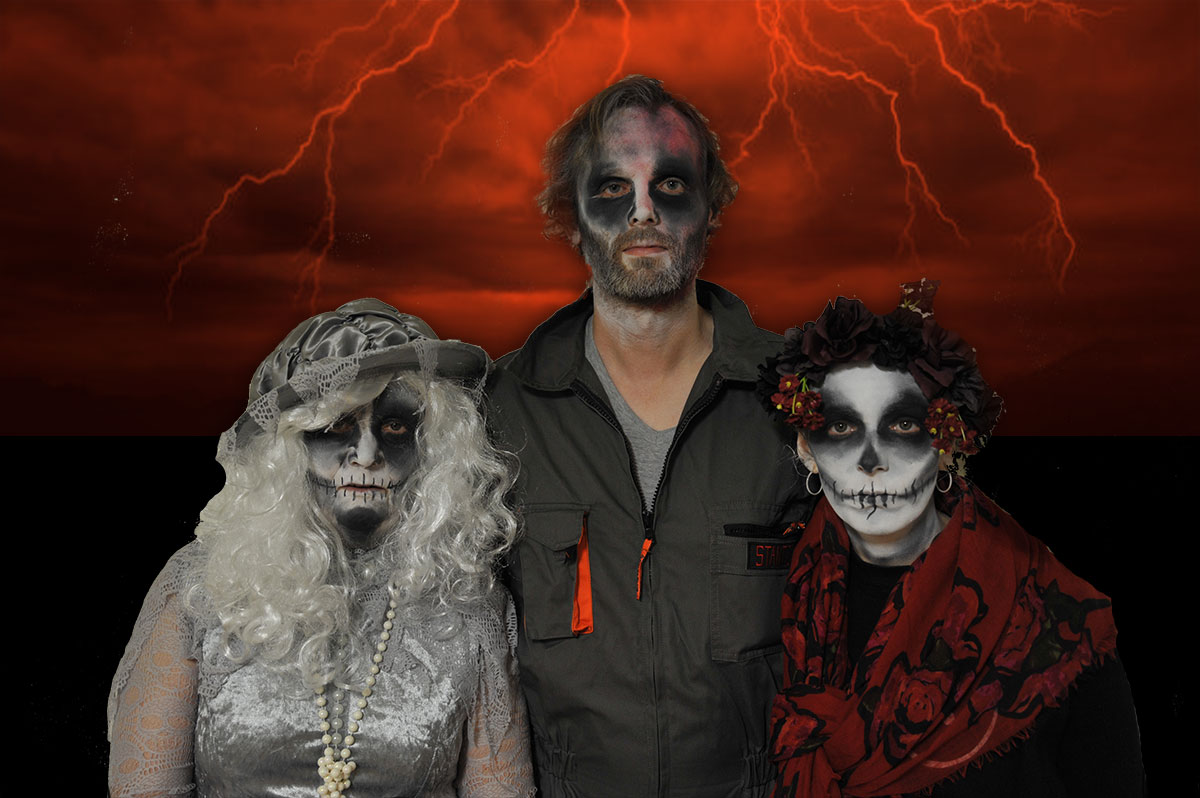 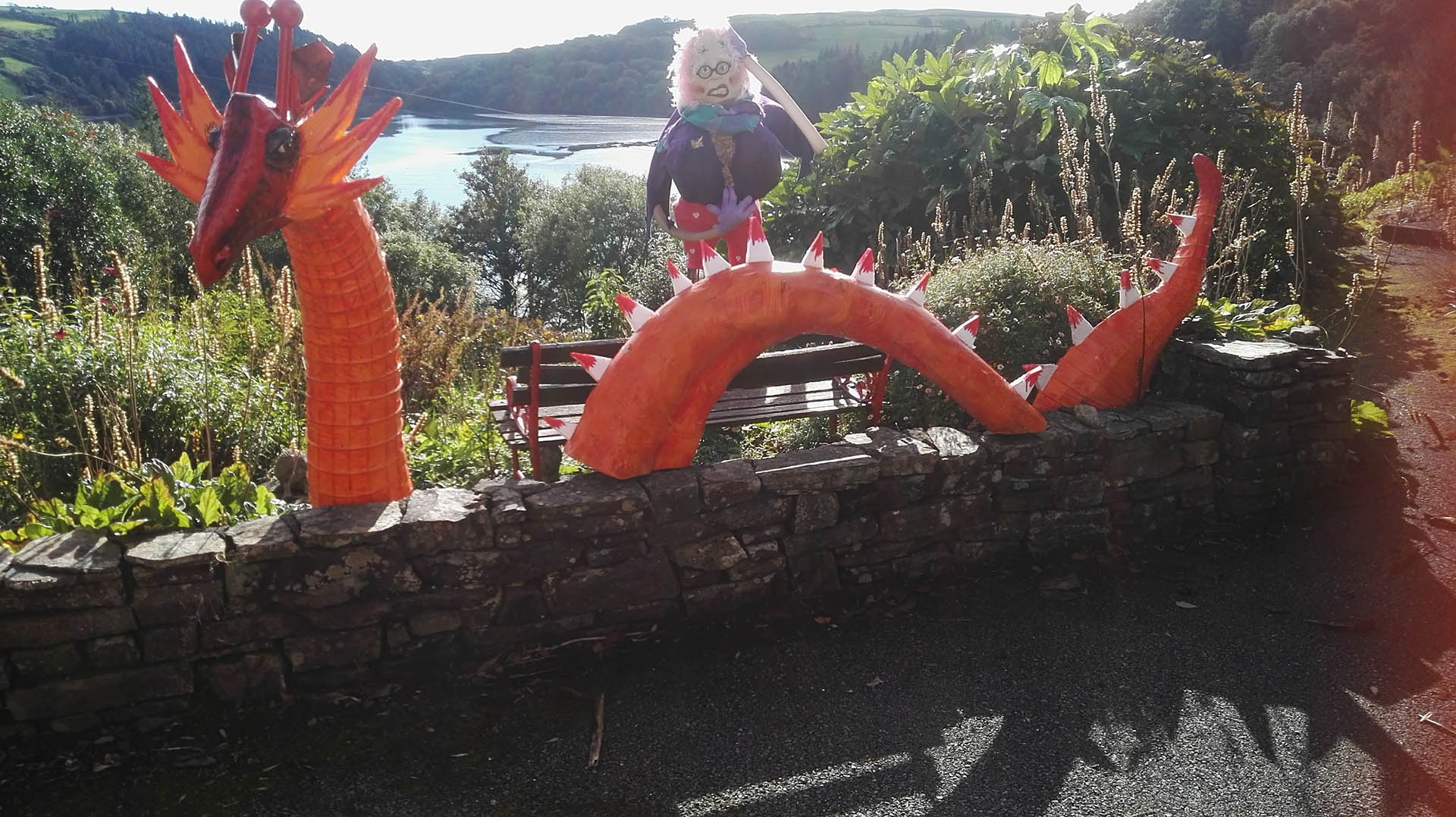 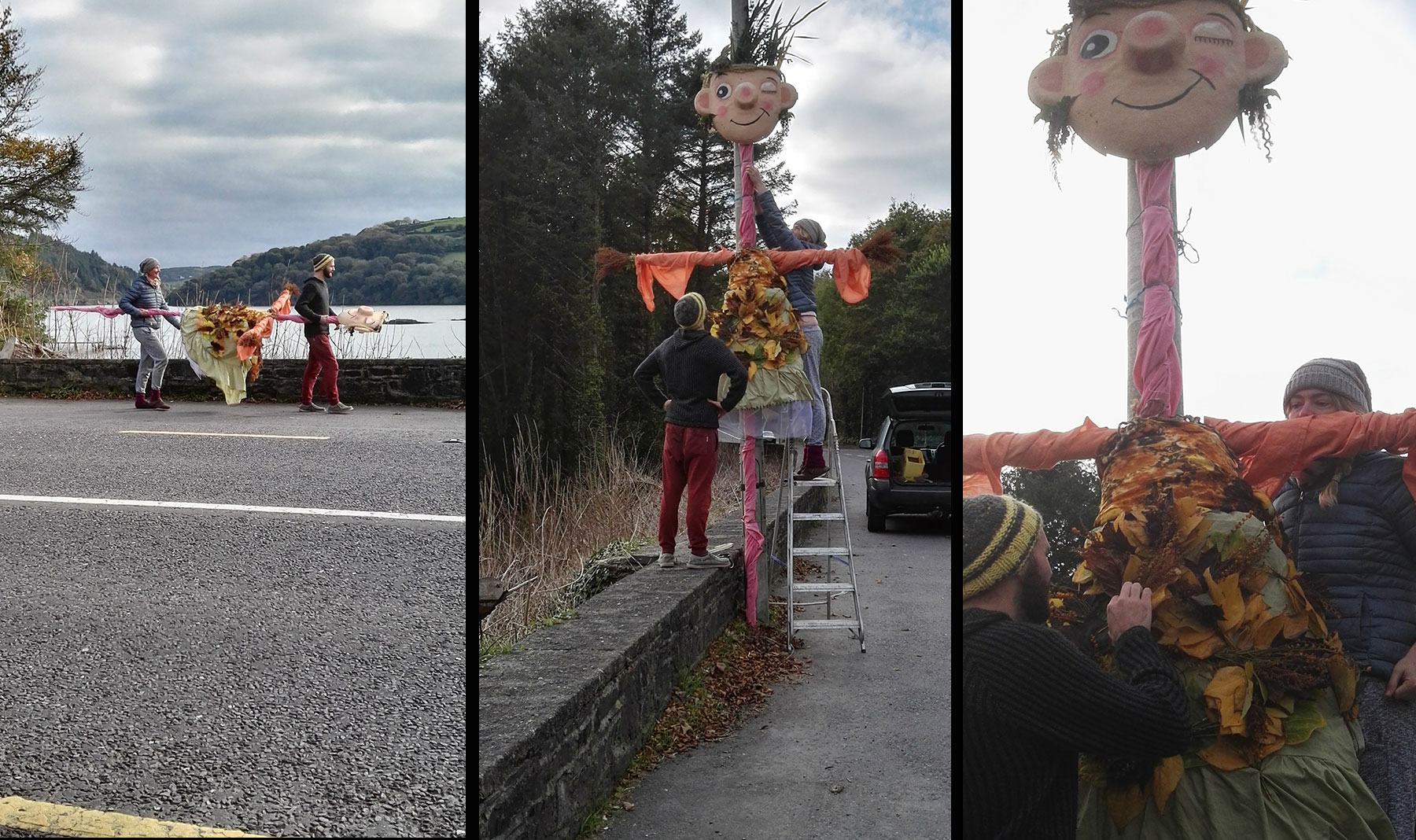 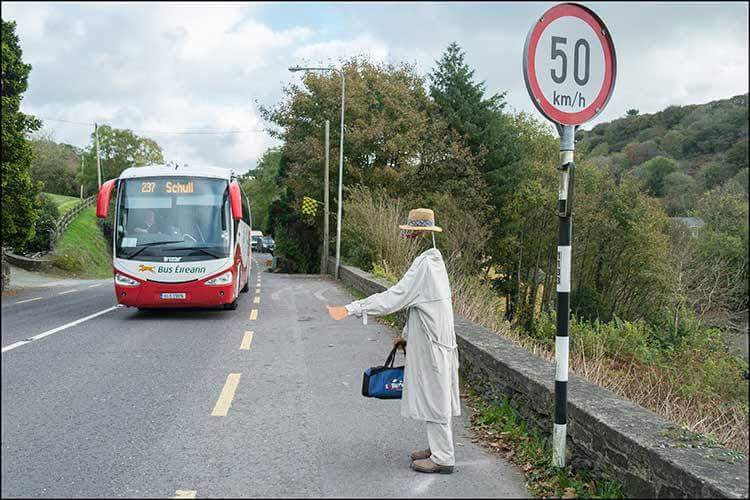 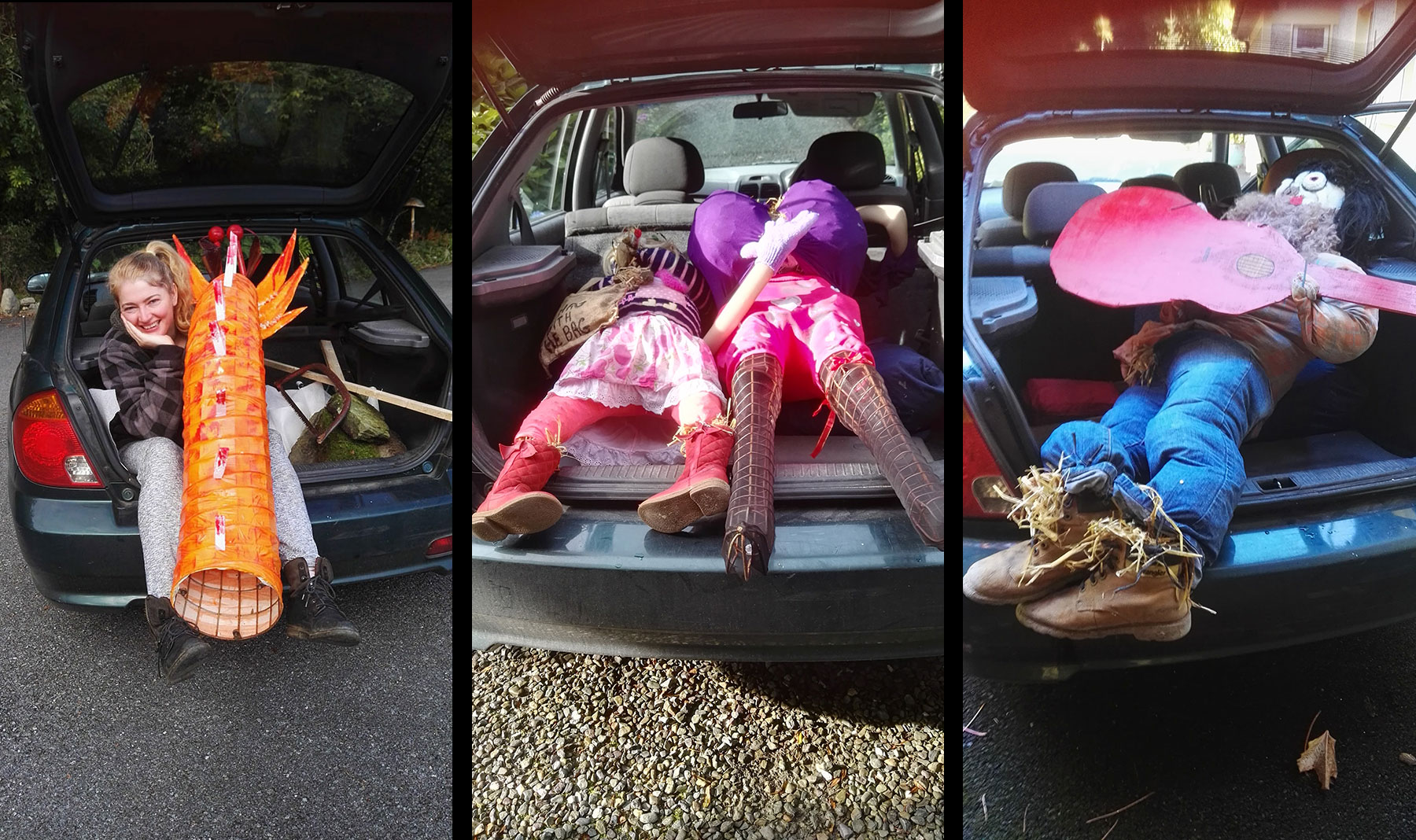 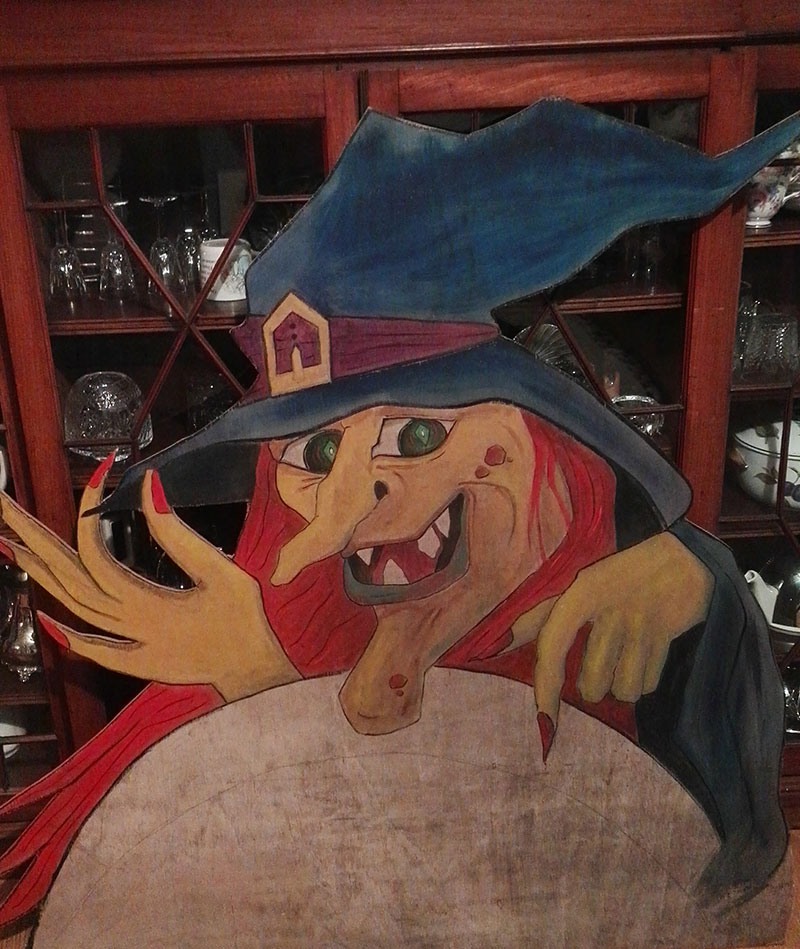 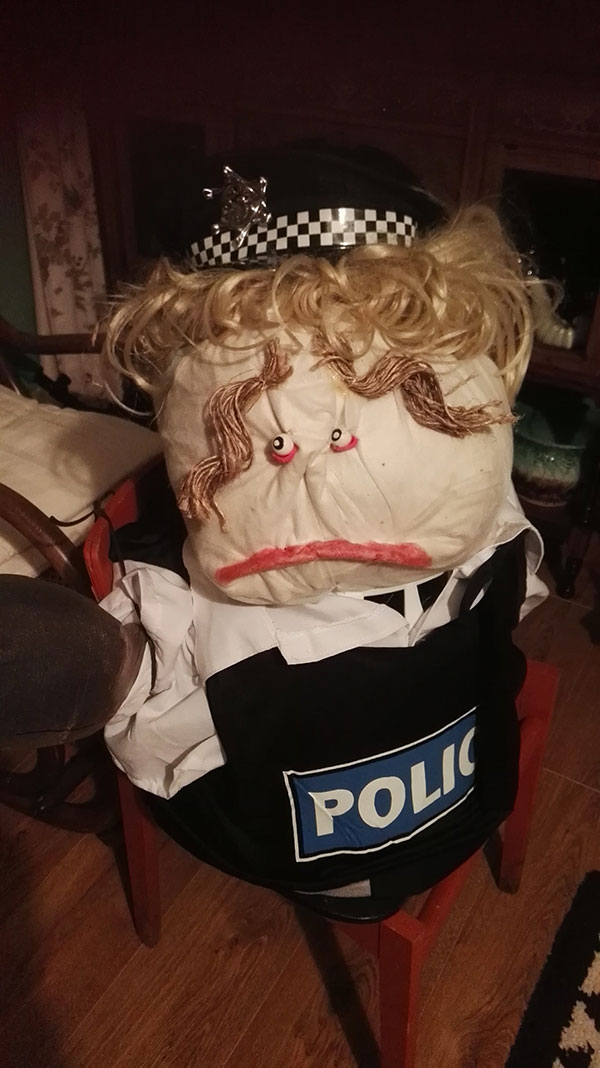 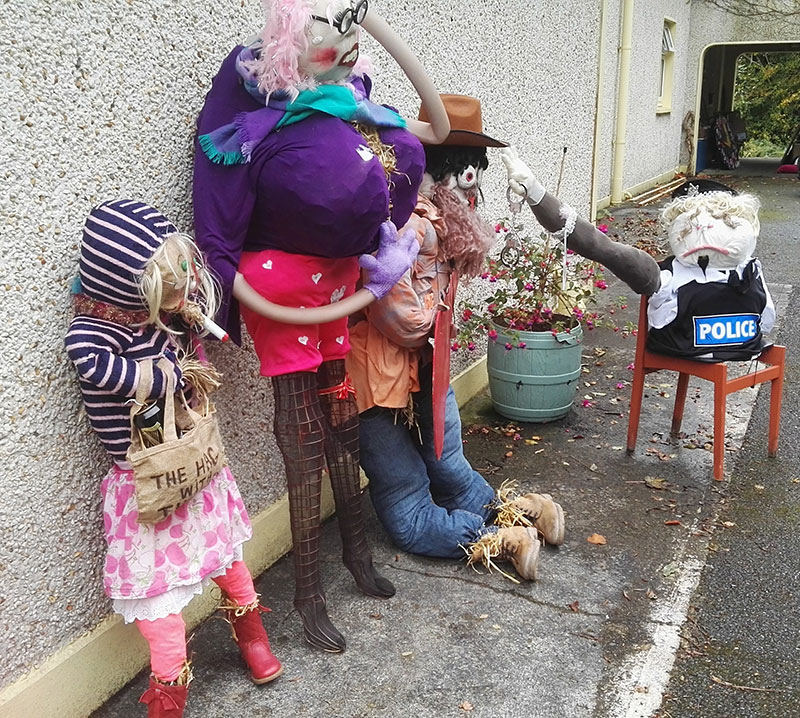 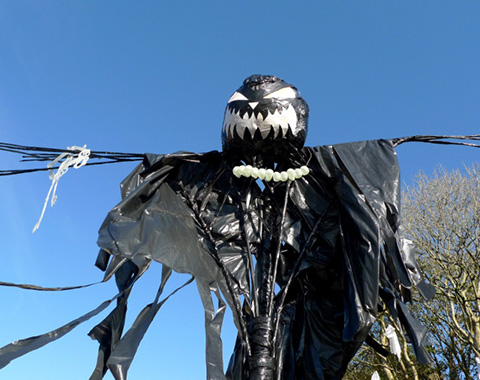 Beyond Leap, Beyond the Law…

A West Cork village is named after an athletic achievement that happened 400 years ago: this must be an unusual appellation… The next stop after Skibbereen on the N71 ... 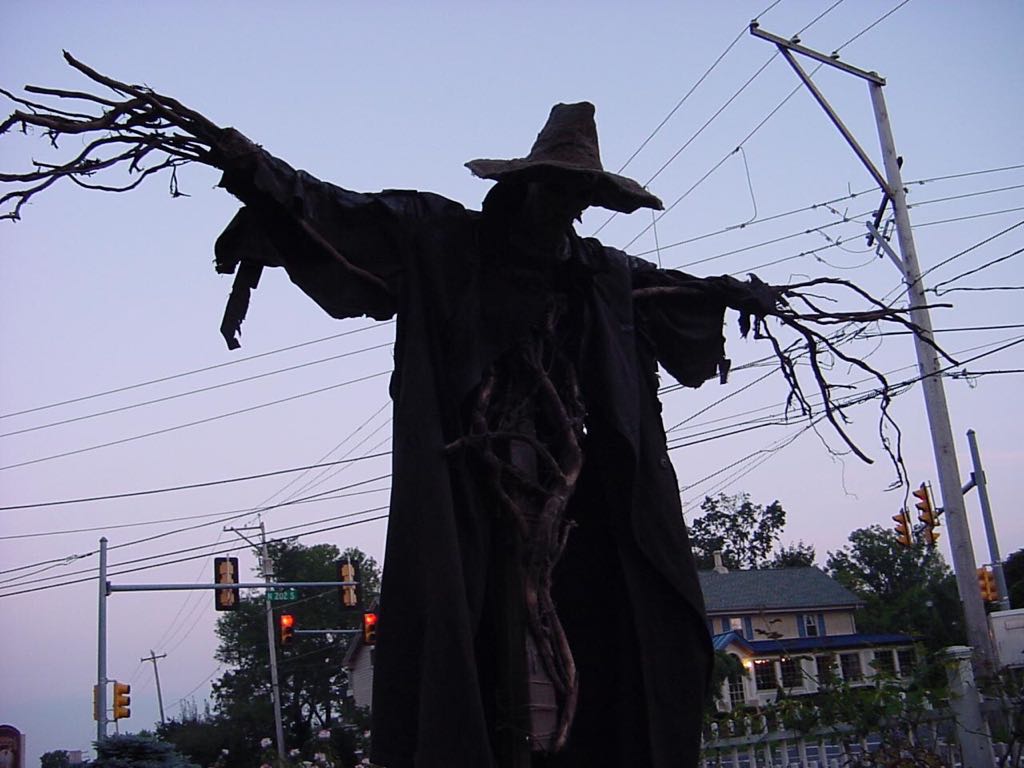 Some 1,000 ghoulies and ghosties and long-legged beasties are already invading a rural West Cork village in advance of Hallowe’en. A horrible host of cadaverous creatur... 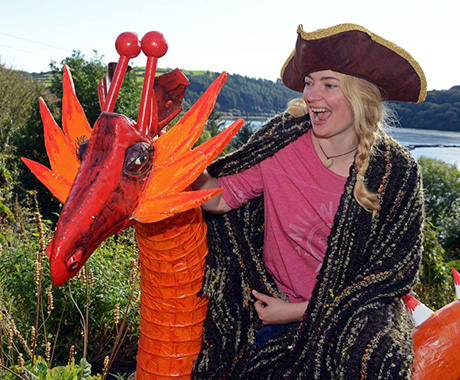 Pictured with her dragon at Leap Co Cork was artist Ann Maria Surdu getting ready for the annual Leap scarecrow festival that shall see scarecrows on display throughout t... 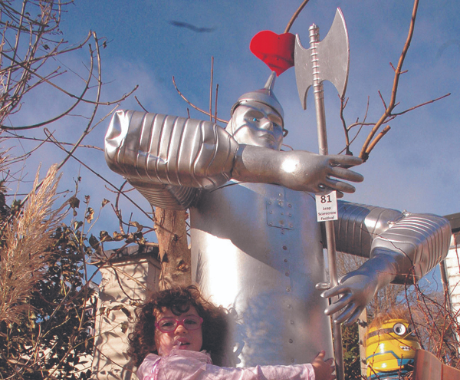 Leap Festival has crowds jumping out of their skin!

A WITCHES’ coven gathered for a celebratory dance in Leap last Sunday night – happy to be here despite the fact that Storm Ophelia and Storm Brian had blown them off ... 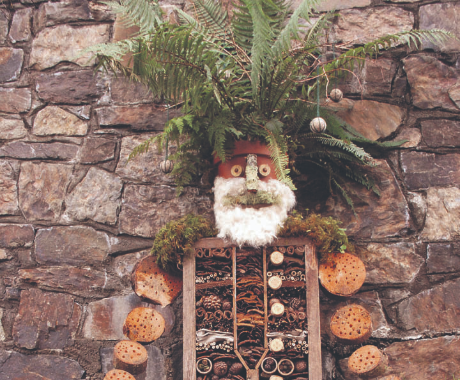 THIS year’s Leap Scarecrow Festival has been deemed another resounding success, with organisers already looking ahead to 2018. Chairperson Rita Ryan, who came up with t... 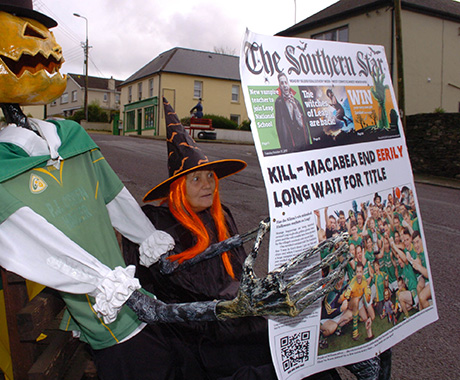 Charlotte Donovan and family are the overall winners of the 2016 Leap Scarecrow Festival, which attracted thousands of people to the West Cork village over the October ba... 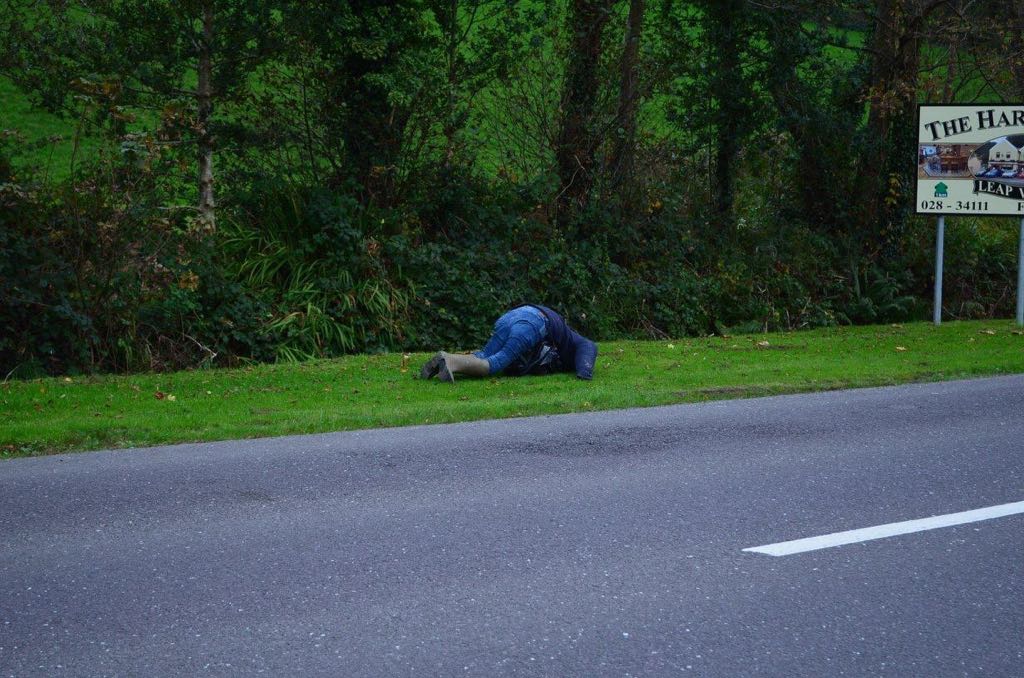 Look at the scarecrows before you leave Leap

There are well over 100 scarecrows dotted around the village of Leap for this week’s Scarecrow Festival, and hundreds of passers-by are pulling in to view the variety o... 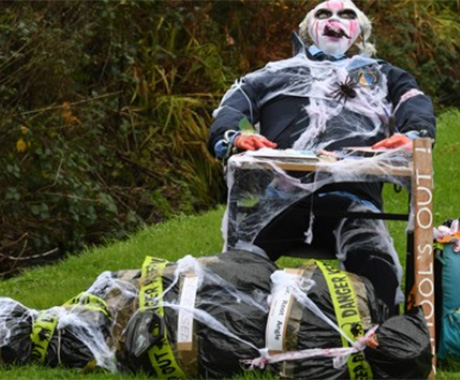 They’re lurking behind lamp-posts, crouching in tree-tops and prowling the streets — as Halloween looms, hundreds of ghouls, gargoyles and long-legged nasties have be...

If you have any recommendations, or have made a scarecrow you want to share with us, tips and tricks, materials that you used, tutorials you followed or photos to show the making of your creation, write to us.

Welcome to the Scarecrow Community!